This page lists some spreadsheets and links for having some fun with Microsoft Excel. The spirograph is a very cool use of a chart and the Mine Blaster game uses some very fancy conditional formatting. Enjoy. :-)

The spirograph spreadsheet below was originally sent to me by Gary Stringham. He gave me permission to spruce it up a little and post it on this site. Thanks, Gary.

License: Personal Use Only

This is a fun little spreadsheet that lets you create a spirograph. Try playing with the slider bar and modifying some of the parameters to change scaling and the number of "spokes". 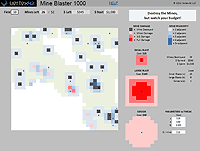 Take a quick break to try a new game developed exclusively for Excel 2007/2010. Mine Blaster 1000 is similar to Minesweeper, but you are trying to blow up the mines, and your bombs cost money. Can you clear the mine field for under $1000? 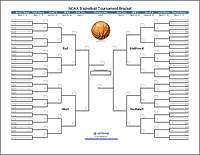 Friendly office competitions related to March Madness and other sports tournaments can be a lot of fun. You can download our NCAA March Madness bracket and use the pool worksheet to track different players' picks, and the points earned for guessing correctly are calculated automatically.

Ghost in My Spreadsheet 👻


Other Fun Stuff with Excel

There are a bunch of games made for Excel. Most use VBA and some very basic graphics.