Need to create a project schedule? Try our Gantt Chart for Excel! Important: One of the main reasons I like to use checkbox-style drop-down lists is for compatibility and ease-of-use with Excel Online and the mobile Excel apps (Form Field checkboxes don't work in Excel Online or mobile apps). Also, when using a touch screen device, I think the drop-down checkbox is easier and more fun to use than entering an "X". By the way, if you'd like to see Microsoft add a checkbox as a data validation option, vote for that here. 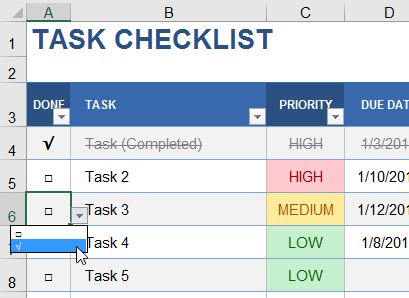 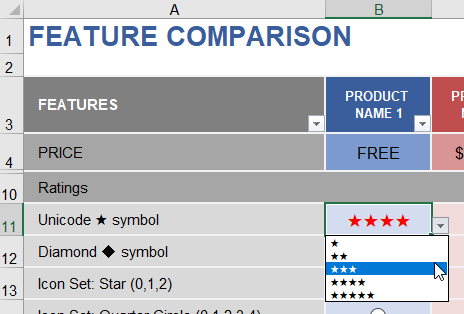 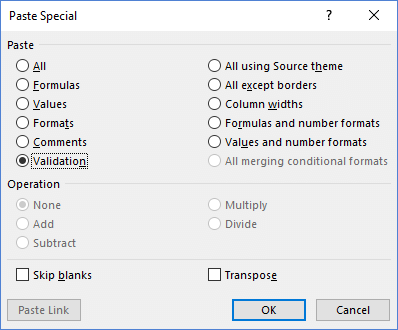 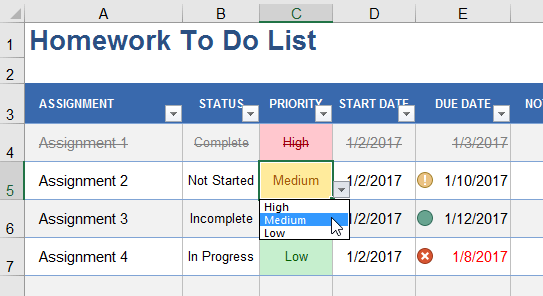 What Would You Like to See Added to Vertex42?
- 158 comments

VLOOKUP and INDEX-MATCH in Excel
- 15 comments